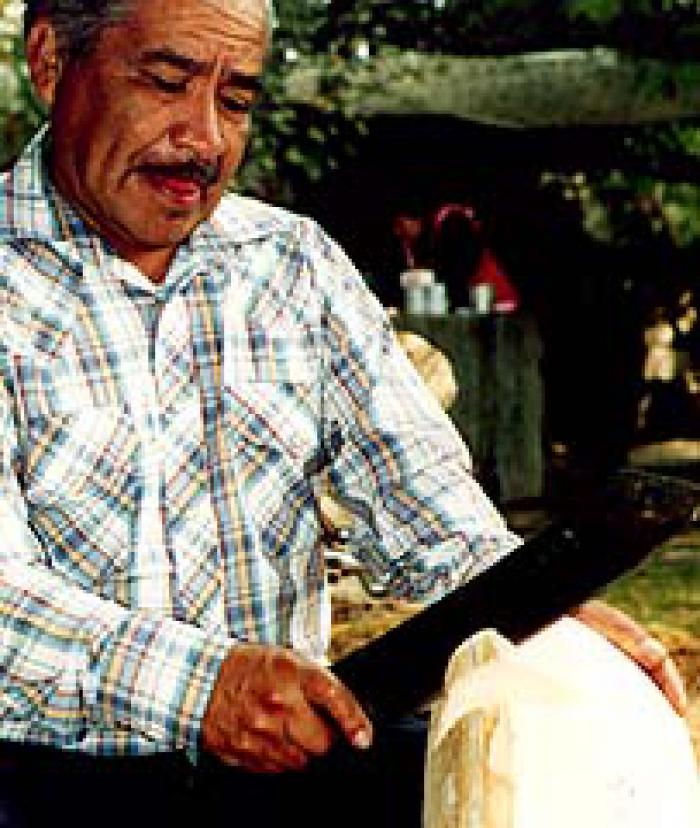 Juan Horta Castillo was one of the premier traditional mask makers in Mexico. He exhibited his art throughout Mexico and the United States and was a multiple first prize winner in Mexico's National Mask Maker Competition. His masks were also featured in the world-wide performances of the Ballet Folklorico de Mexico and in the United States he was a featured artist at the School of the Art Institute of Chicago, Rhode Island School of Design and other colleges, schools and cultural centers.

With nothing more than a machete and some crude chisels, Juan was able to transform a hunk of wood into an expressive work of art based on the tradition of his ancestors. His works range from simple human and animal forms, to complex compositions that combine multiple subjects. Devils, snakes, cats, lizards and skeletons are common elements in his work. Horta masks come in a number of sizes, from full size functional masks, to miniatures created for decorative display.

During pre-Hispanic times the Aztecs used masks as part of their religious ceremonies. After the Spanish Conquest, Christian symbols and traditions were incorporated into the art of mask making. In the past, masks were worn in ritual dances and used by dancers to represent persons or animals. The dance's purpose was to tell a story in which the desired result was achieved through the magic of imitation and transformation.

The majority of Juan's masks are from the Pastorelas Dance and used in his village of Tocuaro, Michoacan, every year. This dance is celebrated with a group of players who take their performance through the streets of the village. The players represent: three devils with devil masks, Michael the Archangel, a hermit with a mask, shepherds and various townspeople with masks. The devils tempt the shepherds and in turn are confronted by the hermit and the angel. In the end, good triumphs over evil.

Horta died in 2006 and is survived by his wife and five children. His sons are carvers in their own right, carrying on the art taught to them by their father.