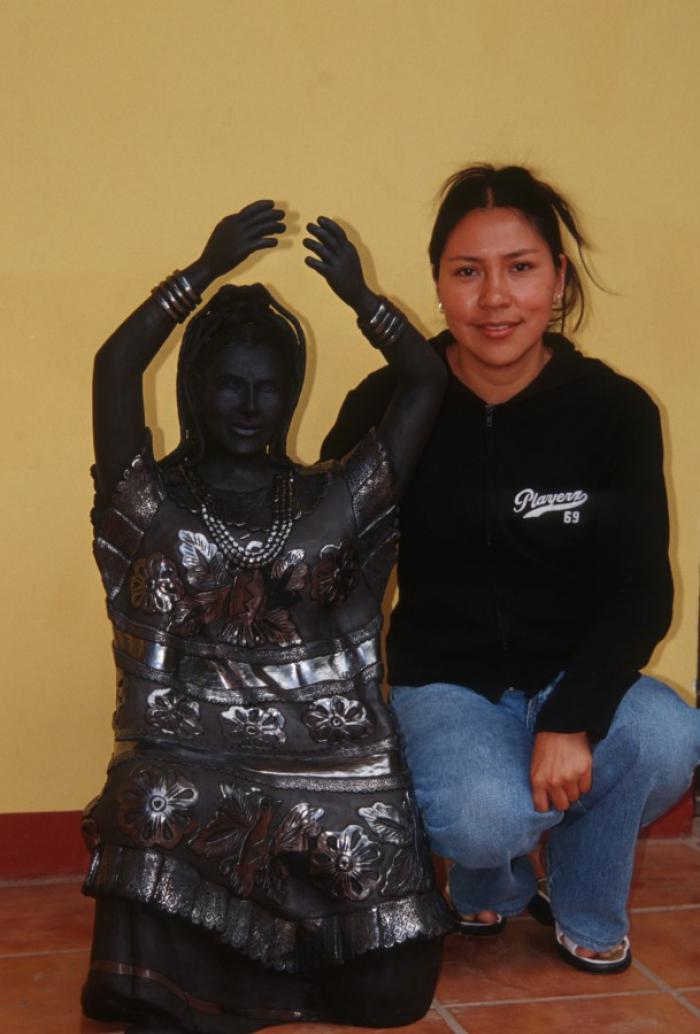 Magdalena is a ceramic artist from San Bartolo Coyotepec, Oaxaca, Mexico. Both a ceramicist and a phyisican, she specializes in female figures dressed in the traditional costumes of the seven regions of the state of Oaxaca. She works in a combination of shiny black and matte surfaces that capture, in the absence of color, the rich detail of the trajes (costumes). She also produces elegant and pompus catrinas for Day of the Dead, clothed in elaborate female dresses and parasols.

Magdalenda was 19 when she began dedicating herself to her art. Prior to that, she was in medical school. She takes special pride in recreating costumes that are no longer known.

She begins by making the faces of her figures. Next she creates the torsos separately. She rolls out a "tortilla" of clay and folds it over. The skirt and blouse are added to the torso. Finally the arms and face are attached. These segments are followed by accessories, such as a rebozo (shawl) or pineapple. Each part must dry for two hours before being assembled. She estimates that it takes her a day to complete this portion of the process. To engrave the piece takes yet another day. To dry, another eight hours in the dry season and up to four days in the rainy season. Quartz is used to burnish the piece giving it a shiny finish. Pieces are fired overnight and removed from the oven in the morning. From start to finish, the process takes approximately one week.