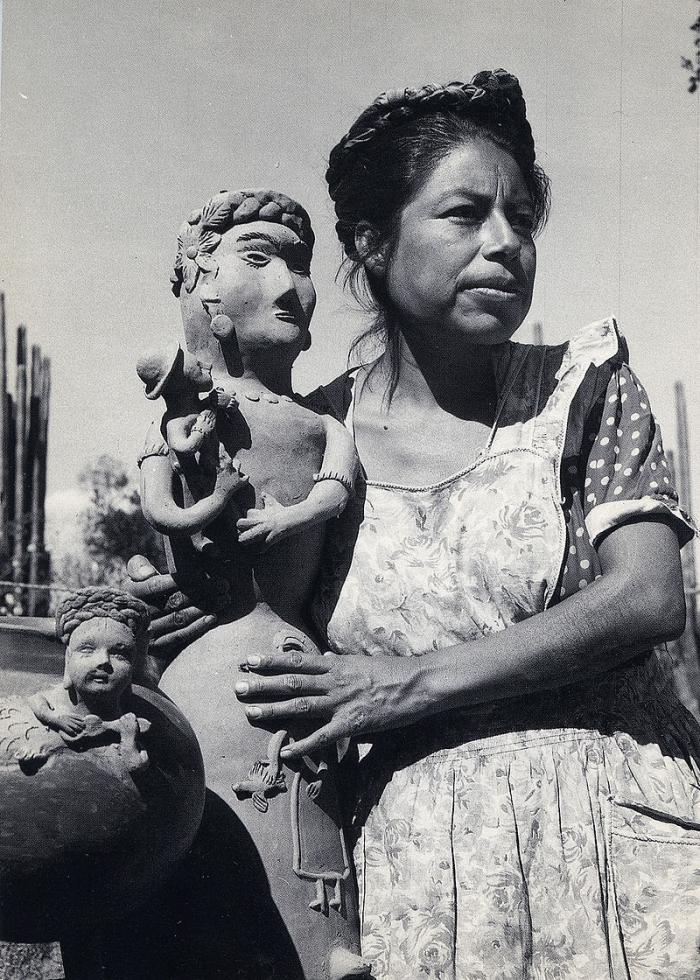 Teodora Blanco Núñez (b. February 28, 1928 - d December 23, 1980) was an artisan in Santa María Atzompa, Oaxaca, Mexico who created her own style of decorative ceramics that influence the potters of her generation and those after in the region.

The traditional ceramic of Atzompa has a green glaze, but that of Blanco Núñez is of natural beige and/or a reddish color from the clay. Instead, her work is distinguished by the creation of female and fantasy figures, profusely decorated with finely shaped bits of clay that are placed over the main body. It has since been imitated and reinterpreted by others in the region including various members of her own family, some of whom still work in the family compound that she lived and worked in.