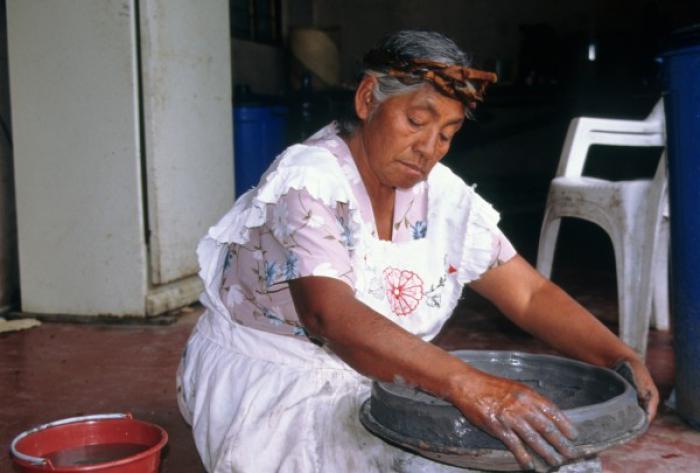 Dolores Porras and her husband, Alfredo Regino Ramírez, innovated a two-step firing process that permitted the production of multiple colors, sometimes in swirls. Plates could be boldly decorated with flowers, mermaids, human faces, iguanas, fish and birds, both painted and in relief. Vases sported multiple faces or swirling rows of color.

Until his death in 2002, Dolores and Alfredo had an intimate working relationship, in which she created the work and he fired and sold it. During her many productive years, Dolores created “muñecas” (female figures) and mermaids with “pastillaje” in both terra cotta and multi-tones, the vast majority of her pieces have not been figural. Dolores died in 2010, but her son Rolando and his wife carry on her tradition.