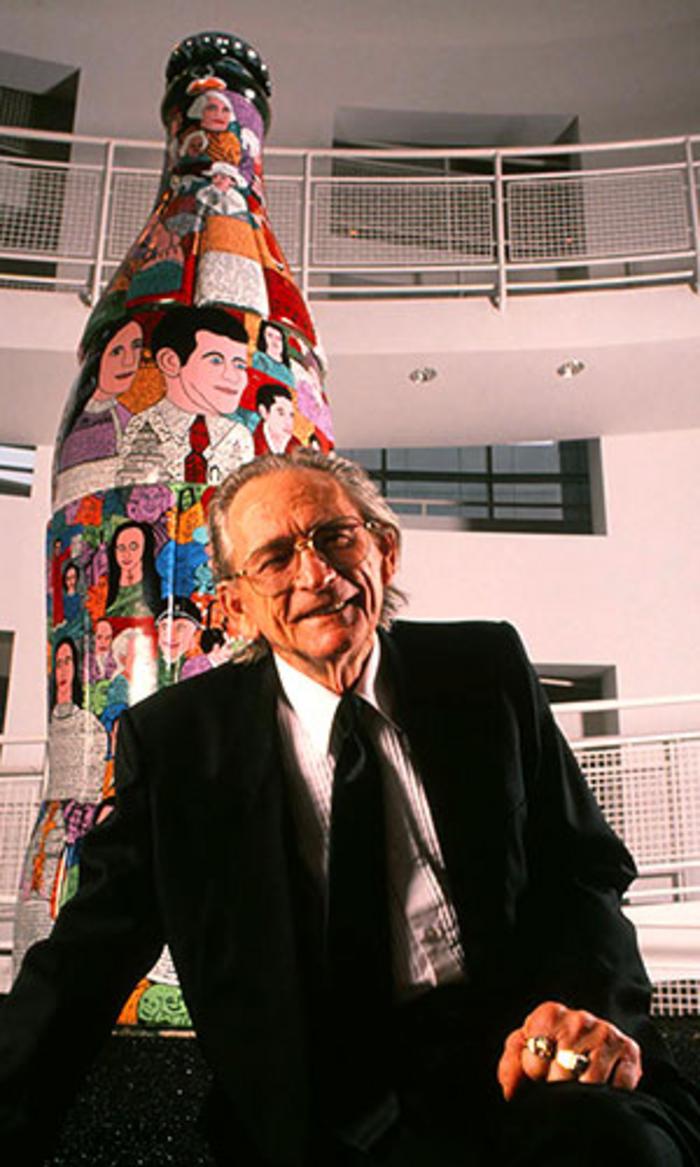 Howard Finster (02 December 1916–22 October 2001) was a preacher and folk artist originally from Valley Head, Alabama. A preacher at age 16, he wrote articles for the local newspaper while giving sermons in churches.

Finster began to sculpt in 1965 after hearing what he said was the voice of God telling him to make "sacred art." Finster's first major work, "Paradise Garden" in Summerville, Georgia, consisted of a series of concrete walls and paths surrounded by a 30-foot tower built from bicycle parts, bottles and other objects collected from local garbage dumps. In 1976, Finster turned to painting after having another vision. He was a self-taught painter who was inspired to paint only sacred art of religious inspiration that was intended to uplift and inspire.

Finster became more widely known in the 1980's after rock bands Talking Heads and R.E.M. featured him on their album covers. During his lifetime, Finster produced more than 40,000 works of art, each numbered and dated.