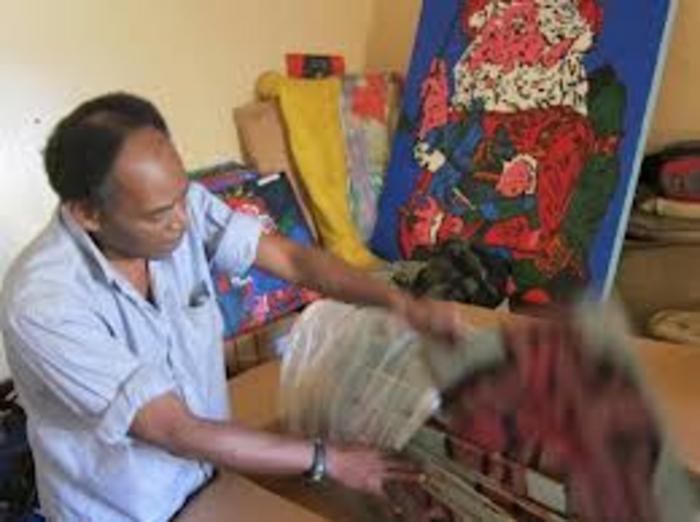 Born in Rockdale, Texas in 1958, Ike Morgan moved to Austin at the age of ten to live with his grandmother. Not much is known about the circumstances that led to this move and Morgan reports not to remember much of his own childhood or family history. He attended high school in Austin until the 11th grade. He eventually went to work for the City of Austin painting fire hydrants, holding this job for a few years. Then, on April 11, 1977, Ike was arrested and charged with the murder of his grandmother. He was subsequently determined incompetent to stand trial and diagnosed with chronic schizophrenia. He was then committed to Rusk Hospital for the Criminally Insane and later transferred to Austin State Hospital.

In the State Hospital and after his release, Morgan has been a prolific painter. He loves to paint presidents and celebrities. He painted George Washington from the dollar bill and a large series of his paintings focus on the 1st president.

Ike works in series based upon the materials he has on hand and what is in his mind. His work can be created with a wide range of materials. He loves acrylics, ink, oils, pastels, canvas, paper, and cardboard. He is always up to mixing it up.