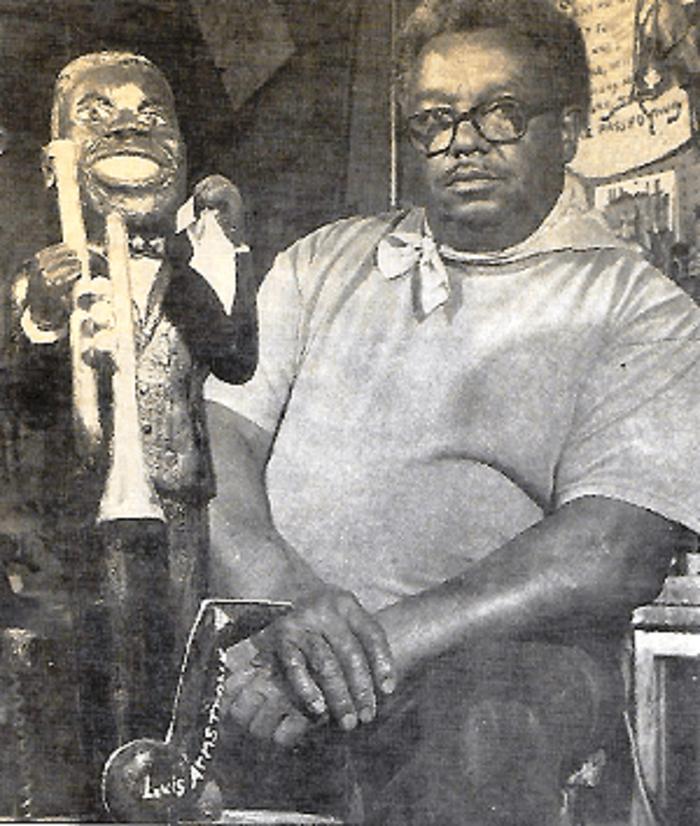 Born in Des Moines, Iowa, in 1936, Potts was the son of a janitor who died when Bill was fourteen. As a child, Potts began building his own toys, including model cars and airplanes. He attended Drake University but did not graduate, instead joining the Army. He was stationed in South Korea, West Germany and South Vietnam before his retirement in 1978, at which point he began taking his carvings and whirligigs to flea markets.

Over time, his exaggerated portraits of African American icons, movie stars, victims of gang shootings, and other subjects began to attract enthusiastic patrons, including Joe Cocker and 60 Minutes stalwart Ed Bradley. A likeness of Bill Clinton playing the saxophone was selected as part of a National Archives exhibit in Washington, DC. Other works ranged from buffalo soldiers to Zulu warriors to outrageous works of social satire, including a spoof on black evangelism and one titled "Slaves on Strike." Occasionally criticized for being politically incorrect, Potts always claimed to be mystified by the objections — perhaps with good reason. His pieces could be biting but never cynical. They inevitably contained flashes of humor, insight and genuine empathy for the human condition, regardless of the race or politics of the subjects. Some trace of Potts himself, and his strong belief in the American dream even when it was most battered and betrayed, seems to surface in virtually all of his work.